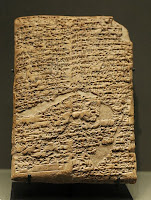 There are various kinds of laws, which can aid in education if they are understood and properly utilized. In fact, it is important to understand these different laws, because they have molded education for good and bad. As the Apostle Paul said, “the Law is good, if one uses it lawfully” (I Timothy 1:8).

The laws of nature can be represented by mathematical equations: symbols and formulas. Natural laws are mainly observed through sciences such as astronomy, physics, genetics, biology, geology, zoology and botany.

The laws of man are seen in many various forms, from ethics and philosophy to religion; from family traditions to governmental rule. They either harmonize with the cosmos, or they contend with it.

The Law of Moses is known as the Pentateuch. Technically, it is the first five books of the Bible, from Genesis to Deuteronomy. The Law of Moses was given as a teacher. Like a mathematical equation, it symbolizes and points to something: namely, Christ.

The Law of the Spirit (Romans 8:2) is essentially the fulfillment of the Law of Moses. In one way, these two laws are similar to the laws of nature and the laws of man: the laws of nature work from within, as the laws of man are imposed from the outside. The basic difference between these two laws is the main difference between the Old and New Covenants. The first was external, written on stone tablets. The second was internal, written on hearts. Christian education embraces all of these laws, granted they are used properly.

The Law of Moses

Biblically speaking, education is instruction and direction; the Law of Moses is a tutor, which leads us to Christ.[2] It instructed Israel how to live morally, ceremonially, and civically. It was a lamp to the feet and a light to the path.[3] The Old Covenant Law is filled with types, figures and shadows of Christ. It was the map, and not the destination:

“You search the scriptures because you think that in them you have eternal life; it is these that testify about Me; and you are unwilling to come to Me so that you may have life. …if you believed Moses, you would believe Me, for he wrote about Me. "But if you do not believe his writings, how will you believe My words?”(John 5:39-40, 46-47).

The Law of Moses was given by God at Mount Sinai, which is the chief summit of a 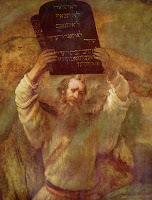 mountain range known as Horeb (modern Jebel Musa). The word Sinai apparently comes from a Syriac root, meaning, “to shine.” The same root is found in the Babylonian word, which means “the moon.”[4] Metaphorically, Sinai reflects the Light of God just as the moon reflects the light of the sun. Horeb means “desolate,” it is a barren wilderness, void of life. The moon cannot produce light any more than the Law can produce life.

Sinai and Horeb, according to many scholars, are often used synonymously in scripture. Together, they typify the purpose of the law: to expose sin and “bring forth death” [5] to the old nature (i.e. desolate us), as well as to point us, as a great educator, to Christ. The Law is also a custodian, according to Galatians 3:23. 1 Timothy 1:9 says, “law is not made for a righteous person, but for those who are lawless and rebellious, for the ungodly and sinners.” Yet, there is another kind of law, “the law of the Spirit of Life in Christ Jesus” (Romans 8:2).

The New Testament writers most often used the Greek word nomos to denote “law.” It is a word that came out of Athens after Alexander the Great conquered parts of the Near East and unified Hellas (Greece). The Hellenization of the ancient world resulted from his conquests, as well as from Greek colonization in parts of Asia and Africa. Before Alexander, the Greeks were segmented into various tribes and city-states, each with their own culture and code of ethics. There was not a single set of laws governing the whole.

Heraclitus understood there to be a divine nomos, which transcended the customs of a society, and which was their source. However, he took a liking to the Persian nomos “which prevents a father from seeing his child before the age of five, lest the child’s untimely death bring him grief.” He also praised the Babylonian nomos of auctioning off marriageable women. He did not, however, appreciate the Babylonian nomos of temple prostitution.

Eventually, nomos came to denote most generally written law, and this was its primary meaning at the time of Christ. It is translated as “custom,” “law” and about a dozen other things. The Greek concepts of law were many. Good or bad, they have played an enormous part in the formation of our Western ideals of education. Upon reading the gospels, one can see how intricately Jesus affirmed certain ideals, unabashedly opposed others, and summarily brought correction to the whole of Hellenized thinking. The problem with the religious Jews in the time of Christ was not that they were Jewish, it was that their Judaism had become Hellenized! Nomos was turned into a system of self-righteousness; the Law of Moses was placed through the grid of Greek thought. The letter kills, but the Spirit gives life! Faith and reason abide together peacefully in Christ alone.

The ancients were taken up with the idea of justice. What is justice, and how does the just person live? The answer, for most philosophers, was that the just live by laws, creeds and ethics. The Apostle Paul partially affirms this notion, but asks by what kind of law is a man just (Romans 3:27)?

[1] The sequence of laws in this paragraph does not necessarily indicate their order of importance.