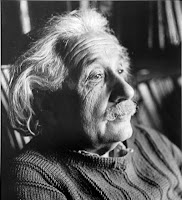 When one begins to explain an apparently simple object, such as an egg or a mushroom—anything to do with life—one finds the task to be more complex than it would seem. To say that an egg is oval is to describe the surface of the thing; to say it contains trillions of protons, neutrons and electrons and everything needful to sustain life (molecules, atoms and DNA) is to go a bit deeper. To explain something as simple as a beam of light could seem easy enough, but even Einstein spent most of his life pondering this simple yet complicated element of nature.
In a similar way, it would prove deficient to classify everything into categories of good and bad, or even good and evil, for the matter goes much deeper than it would seem. God’s division between life and death, the clean and the unclean, is not an easy equation for the human mind to grasp on its own. It is no wonder that mystics and pagan philosophers do not see the whole. Without the all-encompassing perspective of Christ, everything is but a jumbled mess of fragments and shards.
The word “philosophy” means the love of wisdom. To the Christian, philosophy is the love of Christ, for He is Wisdom. His Light alone rightly enlightens. “Let there be light” (Genesis 1:3) was the first command. God brought order to the chaos by speaking; it was the Holy Spirit brooding over the surface of the deep Who brought God’s commands to fruition.

Later, God spoke to Adam and Eve; He forbade them to eat from the Tree of the Knowledge of Good and Evil…because He was protecting them from chaos, darkness and death. The man and woman, sadly, refused God’s instruction. They listened to the serpent’s lie and became the first students of knowledge without God. Secular education is nothing new.
Posted by Paul at 7:26 PM