The spiritual realm is not a sort of Neverland, as we have previously discussed. The Christian does not (at least should not) believe in fantasy. Nevertheless, C.S. Lewis conveyed the idea of another, unseen realm in his Chronicles of Narnia. Narnia is a secret land, which must be entered into thr 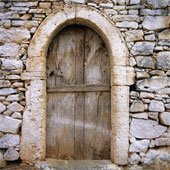 ough a doorway—a wardrobe, to be exact. When a person believes in Christ, he is awakened to the hidden, invisible Kingdom of God. His spirit rises from the dead, and he becomes one spirit with the Spirit. He has gone through a doorway into Christ…into another realm (John 10:7).

Adam and Eve rejected the authority of God because they did not want to submit to someone outside of themselves. The Tree of Knowledge was the tree of becoming one’s own authority. It is important for Christian educators to convey the concept of true authority. People need to know there is something beyond and above them that knows more and better than they do. Whether or not their particular authority at the moment knows more or better than they do, somebody does…even if it is only God. It is hard to imagine the Apostle Paul needing to submit to authority, yet he was not a “lone ranger.”

Censorship is not for the sane man, as the law is not for the righteous. Elders and counselors are more for the sake of unity and safety for all than they are to enlighten the enlightened. However, elders in the Body of Christ do help immature and carnal believers discern the difference between soul and spirit. They confirm and/or deny because many believers do not know the difference between radio and TV, so to speak.

A sure sign someone is not walking in the Spirit is the fact that he is not in fellowship with other believers. The Christian has fellowship with God and other Christians. We can be sectarian by fracturing off from the rest of the Body, or even by only relating to the one fragment with which we agree. But this is far too much like secularism to be taken for Christianity. Paul urged the Philippian church to strive “together for the faith of the gospel” (Philippians 1:27). Like a team, believers are called to be united in one Mind, with one Spirit, not in the sense of all being the same, as if every organ in the body were the pancreas, but in the sense of unity through diversity. Every organ in the body works corporately to sustain life. In submission to the Head, and to one another, the Body functions properly.

erstood the concept of authority. While he served ignoble despots, he did not bow to their gods. Daniel understood that the Sovereign hand of God used even the king of Babylon to do His bidding. God restored Israel from captivity by using Darius and Cyrus, pagan kings. In the midst of Babylon, Daniel yielded his heart to the absolute authority of God. Daniel could serve the king of Babylon because he understood authority; he knew God was the final authority, and no despot could thwart His ultimate purpose.
Posted by Paul at 9:49 AM